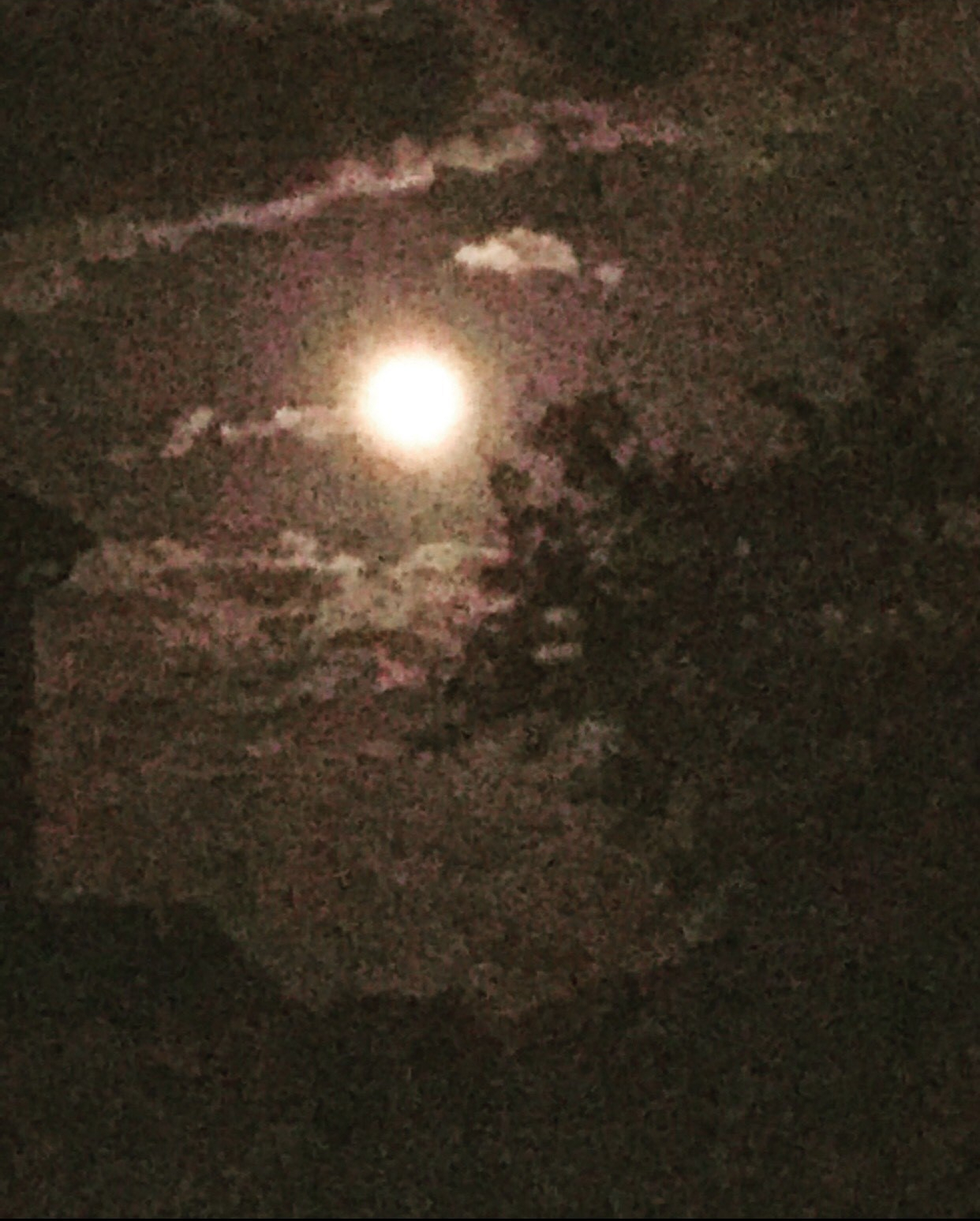 We’ve named our ghost Argus. Actually, my AP kids did. Sort of. As I was telling them about his latest antics this week…

“Our ghost woke me up again at 2 this morning,” I began.

And from that point forward, his name has been Argus. And Argus has been at it again.

This week he toppled Tate’s plastic tea set to the floor. At 2 AM. On a Thursday. It’s his main M.O. (Well, the days of the week change, but honestly, if it clangs and clatters and it’s between 2 and 3 at night, it’s Argus.)

So lately, when I’m jolted awake by a loud crash, I don’t even wake Mike anymore. Instead, I lie still for maybe ten minutes, making certain we’re not being robbed blind or murdered in our sleep, and then I go back to sleep.

Or try. Because after Argus does his ghost-version of Ding Dong Ditch, it takes a bit for the fight-or-flight instinct to decelerate. So I lie there and think about stuff. All sorts of stuff. My mind runs the gamut of unhinged musings. For instance…

… how the deodorant in my vanity drawer should’ve run out weeks ago. but instead, keeps regenerating there in the darkness like the liver of Prometheus or a Hanukah menorah. It’s a miracle. Maybe not a miracle of Titan or Festival of Lights proportions, but a miracle nonetheless. And I know I really should go to CVS and get another before the miracles cease and my lavender scented underarms give way to stench, but I kinda want to see how long it’ll keep it up.

… or how thinking about smells gets me thinking of asparagus pee and how you would never want to eat it before going to the gynecologist, where you must wee in a cup. Unless of course, you bear a grudge against a lab tech there and are into passive aggressive behavior. Then it’s genius. (Not that I would do such a thing. And not because I’m not passive-aggressive, but because I don’t know any lab techs there.)

And speaking of genius – and gynecologists – I once heard of someone tidying up her nether regions prior to a visit to the lady doctor and accidentally slicing some tender bits. So if you’re keeping a running list of what NOT TO DO prior to going to the gynecologist: that’s a NO to asparagus and a NO to trimming the hedges.

But DO shave your legs before going. That’s just common decency.

These days I shave my legs once a week — which is hardly common decency for Mike, but I really did used to shave them every day, until… well, Twins. (And Mike would claim “Well, marriage” — but I call shenanigans on that excuse…) So now, when I finally do break out the Venus Comfort Glide, it’s like hewing down the Hundred Acre Wood with a hacksaw. But this past Thursday at 2 AM, my legs were recently cleared of their tree line and as close to smooth and supple as a fancy, refillable razor can get them when you forget to refill for nigh-on a year. (Again, Twins.)

Each week after I shave I mark it off my TO-DO List. It qualifies as a major chore (you gotta look for silver linings), and I feel majorly accomplished.

And yes, I’m a List Girl. Eliminating items helps me feel less claustrophobic. Less buried alive under the rubble of twin tornados roaring through their toddler years. They spin wildly on their own – on the verge of category 4 storms — or join together in one massive category 5.

Our living room most times is scattered, smothered, and covered in wooden blocks and puzzle pieces and stacks of laundry that regenerate faster than my deodorant stick and the Hundred Acre Wood on my legs. (And then Argus keeps adding to the clutter with tea sets and DVD stacks and any other readily tippable targets at 2 AM.)

And let’s not even discuss my van, which looks like disaster coverage in a trailer park — flotsam scattered stem to stern.

So in the midst of this insanity, freshly-shaved legs are a huge check off on my To Do List. Please don’t begrudge me my minor victories.

Another big check off on my list is my weekly blog — which also qualifies as a major accomplishment, and also (I have to admit) a big reason I don’t shave more than once a week and why my house looks like a natural disaster sight. It steals time — robs me blind, actually, because I am not a fast writer.

But my blog gives me so much more than semi-smooth calves in return. I feel like I’ve reconnected with some inner light and voice — one that was growing ever dimmer and quieter. But now, it’s perked back up. Kind of like Argus.

For obvious reasons, Argus’ voice was buried. For less obvious ones, mine was. But he’s chosen to reappear and make a racket and be heard — and so have I. He’s stumbling around in the dark, looking to reveal his own sort of truths.  And so am I. And sometimes those truths are profoundly important and philosophical — like female empowerment —  and sometimes they’re small and still important — like asparagus pee-cup prevention.

So all these (and more!) thoughts tumbled around in my brain last Thursday night. And  as I finally found myself ready to drift back to sleep – nearly an hour later — I heard another noise, accompanied by the rankest breath this side of the underworld. And no, it wasn’t Argus this time. (I’ve never smelled him, thank the Heavens. That might just be my limit to ghost tolerance.) Nope, it was my dachshund, hacking and wheezing like a Sleestak –those weird, prehistoric, wet-suit wearing monsters of my Saturday morning childhood. I love Neci dearly, but her breath is vile.

So I rolled over to avoid her exhaust and immediately felt the bed tilt and swirl, an abrupt reminder of yet another escaped otolith rambling around inside my inner ear and wreaking havoc. It’s been a month of vertigo, off and on and it’s getting old.

But then I realized…

I feel so accomplished.