I just poured myself a shot of wine. Yes, a shot. In a shot glass. Feels more like communion and less like compulsion that way. Body of Christ… grant me patience and perseverance… It was a rough week. Meetings to attend and essays to grade, lectures to deliver and tempers to be checked (both my students’ and my own). Add to that the care and keeping of twins and the day-to-day maintenance of a household and some days – even weeks — feel like defeat. This was one of them. The boys have been going at each other like Ali and Frazier — over cookies… over iPads… over who gets to touch the refrigerator.

This week’s twin mom demands were nothing too spectacular, so I really don’t know why I cracked under the pressure, but crack, I did. The battles seem small in comparison to some of the other hurdles I’ve met. Colic and teething were rough; the sleepless year-and-a-half with a twin hanging off each udder to keep them pacified was just plain mind-altering. (I will never get that gray matter back.) The norovirus that lay claim to the boys’ and my guts for a prodigious three days and three nights until we were turned nearly inside-out from the heaving definitely ranks up there. But I think the constant chipping away of my confidence and composure this week thanks to angry little elves in toddler frames took its toll. I tipped over the precipice of sanity on at least two occasions, becoming what I lovingly call the raging, radioactive Mothera…

There’s a really cheesy, really dumb movie from the early 90s called Godzilla vs. Mothra that Mike made me watch once. I thought at the time that it was a complete and total waste of two hours that I would never get back. Turns out, I now live the plotline and it has been retitled Brozilla vs Mothera – and Mothera appears to be losing ground to my dynamic and devastating duo. I really should have paid more attention to that movie. I don’t remember who finally gets the upper hand… So I scoff no longer… but I do take shots — when the kids are safely ensconced in their cribs.

This week was especially hard because after Saturday night, the boys only saw their Daddy for thirty minutes or so every morning all the way up until Thursday night. A couple of nights, while putting Tate to bed, he snuggled up under my neck and said, “I miss my Daddy” in the saddest little voice you ever did hear. Poor fella. I do too, Tate, and so does Parker. They definitely are confused and acting out as a result. And so is the blasted dog. Friday afternoons, I have exactly one-hour-and-a-half to get snacks organized, sippy cups filled, diaper bags packed, boys bathed and dressed, me changed, and the car loaded for the football game. This week, while trying to fix the side dish for our post-game, field house soiree, Neci the dastardly Dachshund decided to take a dump right where she knew we’d walk in it. Unfortunately, I was not the first to find it. While I was running around like a train derailment in the kitchen, the boys, unbeknownst to them or me, trampled the turds from living room to kitchen, hitting two rugs, a scattered stack of storybooks and a stretch of hardwood floors in the process. I didn’t discover the devastation until we had ten minutes and counting to be saddled into car seats and out the door. I may have cussed a bit. Just saying. 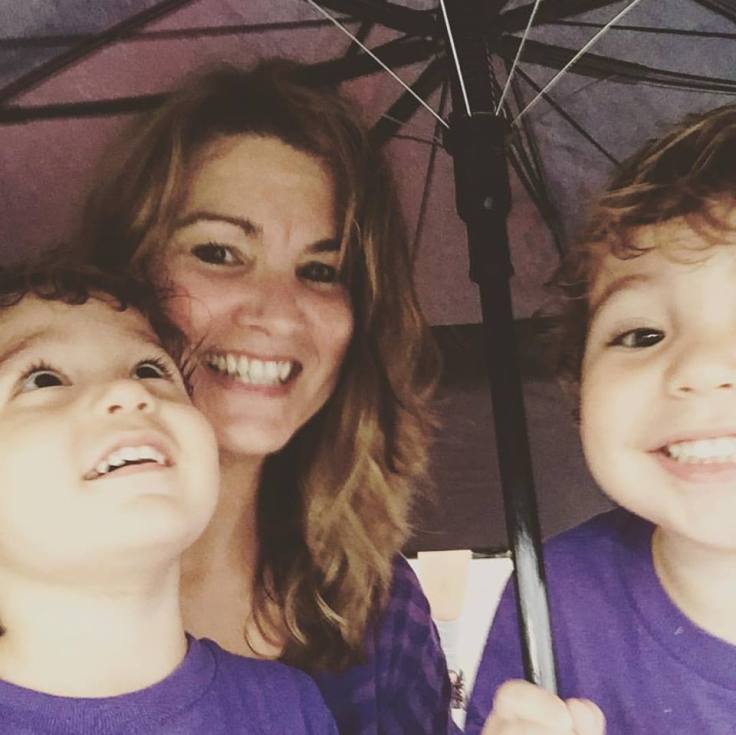 Football wife had her share of hardships this week, as well. Friday night was our first football game of the season, and it rained. After a high of 90 some odd degrees of blistering, summertime heat in Georgia, it rained. You can imagine the sauna that ensued. I’m talking, soul-sucking heat and humidity. Toddlers clinging to my neck, right along with wet ropes of hair and soggy bits of goldfish crackers. I looked like Monica from Friends that time they vacationed in Jamaica. My hair was a humidity-powered helmet out to rival any player’s on the field. And my makeup… let’s just say Alice Cooper, godfather of shock rock and mascara mayhem, would’ve run screaming from my visage, half-sunk amidst the scattered remains of my foundation. I was a sight. I thank my lucky stars that Mike is apparently love-drunk — or a true Southern gentleman raised in South Detroit — because he never said a word about how hideous I looked after the game (so I had no idea until I got home and saw the devastation). When we left the house, the boys and I were cute. It probably didn’t last through the first quarter, but we were cute. Tatebug in his bug shirt and Parkerbear in his bear one, me in the one and only purple shirt I own –blissfully unaware of the fact that I had two gaping holes in the shoulder until around midnight, when I had absolutely, positively already turned into a pumpkin puree’… I was a Cinderella Swamp Monster. 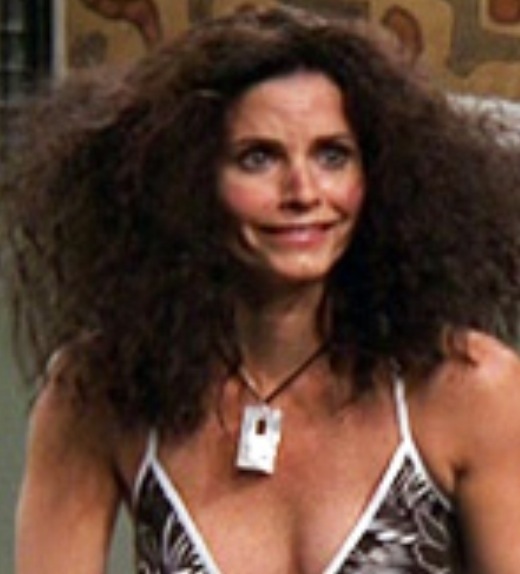 But back to Game Night: the umbrellas were out, the handheld fans were oscillating, and the far from fair-weather fans were abuzz. This was a battle of the best the state has to offer: reigning 4A and 5A state champions, opening up the 2016 season together, going at it for the unadulterated rigor and vigor of competition… and, let’s face it, bragging rights. It was a great game, and a sloppy game. A great, big sloppy game. There were touchdown passes that college crowds don’t see the likes of, thanks to our young quarterback with a cannon for an arm and an offensive army to back him. And the defense! Our Canes defenders rode out the majority of the game clock, meeting a so-called smash-mouth offense and giving more than they got.

The Hurricanes were churning it up on the field and it was a sight to see… only Tate was much more mesmerized by the suicidal moths flirting fatally with the stadium lights. He’s not our Bug Boy for nothin’. He wanted up there with the “itsy bitsies,” as he called them. There were a couple of close moments there when I thought I was going to have a screaming toddler amidst a stadium of tightly-packed athletic supporters (tee hee) — no, seriously, we were jammed in there elbow to elbow and kneecap to backbone — but I managed to redirect Tate’s energies by freely handing out dum-dum suckers, one after the other (to his brother, too, I might add), just to keep the peace. It’s easier to deal with the dental bills later.

The boys were sweet for the most part, but a challenge, nonetheless. Getting them up and down the stands in the rain and mug was exhausting. That, plus them turning into the 35-pound equivalent of lap dogs the entire game, and I hit a wall round about the end of the second quarter. I didn’t think I could muster the energy to breathe the sultry, steamy air a minute longer. I was fading and fading fast. But it’s amazing what a wink and a smile from your man can do to recharge your spirit. He stopped by our seats on the way to the coaches’ box after halftime and suddenly, all was right in this swamp princess’ world. I don’t know what I ever did in this lifetime to get such a solid man (and he would insert some fat joke here, I’m sure, but that is not what I’m saying, at all…) I’m thanking my lucky stars every, single night. He’s got that certain, special something, that magical, mythical ingredient that makes swamp ass and strained nerves vanish, makes flying solo during the season while braving toddler twins and a lonely house so totally worth it, and somehow he makes a girl with helmet hair and Alice Cooper eyes still feel sexy. He loves me, even when I’m a crazy, raging Mothera. Even when I’m a Cinderella Swamp Monster. I don’t know how it happened. I don’t know why it happened. I don’t know how I deserve it. But I have my soul mate. And yes, he’s gone a whole awful lot. And yes,we miss him.  He’s a helluva coach and a helluva man. But he’s a heaven-sent Daddy and a heaven-sent husband. And I am one lucky woman. One very blessed wife and mother. I win.

Oh, and so did our team. Go Canes!