Our dishwasher has the longest cycle of any machine I’ve ever encountered. An elephant’s menstrual cycle is only slightly longer. It runs for 2 hours and 83 minutes.(The dishwasher, not the elephant.) Not kidding here. It seems unheard of. I’ve never been around one as dedicated and hard working. What makes this so incredibly irritating is that we can’t run the dishwasher unless the boys are asleep or absentee because they like to push buttons. All buttons. The ice and water buttons on the fridge (we had to put it on lock-down mode– I didn’t even know a fridge had such a thing!), the buttons on the oven, the buttons on the remote control, the buttons on their parents (every damn day), the buttons on their parents’ cell phones… the list goes on and on. You name it, they push it. So if we run the dishwasher while they’re awake, inevitably it gets stopped somewhere, mid-cycle. And they’re so stealthy about it that we never see or hear them do it.

We’ve tried for four days to run our dishwasher. Four. But, sadly, because we are the parents of twins who have decided that sleeping is overrated and shouldn’t necessarily be applicable to them  – well one twin in particular these days — we continuously forget to run said dish washer because our minds are M.I.A. So we currently have no dishes in our cabinets. None. Every dinner, salad, and dessert plate – even every coffee saucer (because we ate breakfast off of those this morning) — is dirty and festering in its own detritus waiting for us to run the load. And we just can’t seem to manage it.

Which makes the task at hand – preparing our New Year’s Day feast – rather difficult. I’ve been closely examining the contents of the dishwasher – sniffing glasses and squinting at fork tines – to determine whether or not I need to take forensic countermeasures with a brillo pad and hot water. I decided it was easier to just pull out the Vodka and pour myself a drink and let the alcohol kill the germs. Besides, I hadn’t properly rung in the New Year yet. Mike and I fell asleep last night before 10:30. Tate and his propensity for middle-of-the-night wake-up calls are beginning to take their toll.

But let’s talk about New Year’s Day in the South. It’s a beautiful conglomeration of country fare: black-eyed peas and collard greens, buttermilk cornbread and sweet tea. And I do it all. Well, except for the sweet tea. I told you already, I’m not a tea-totaler 😉 And I may be Southern, but I’m not Southern Baptist. So I threw back a couple of vodka tonics while I cranked up my veggies because I like my potatoes fermented. Not mashed. And not fried.

But it’s not all peas and greens and potato juice at our table on New Year’s Day. Remember, we’re a mixed marriage, so we’ve got ourselves a mixed menu.  Mike contributes his cultural heritage, too.  He makes his family’s duk guk. It sounds incredibly wrong — like something feculent at the bottom of a millpond. But it tastes incredibly right — like seventh heaven in a soup bowl, complete with seaweed and rice cakes. It’s my second-favorite thing my husband does for me… but I digress.

Now the boys won’t eat any of the above-mentioned goodness. And it’s not that they are the kind of kids who will only eat chicken nuggets and French fries (although they love those too.) They’ve been raised on multicultural menus their entire two-and-a-half years on this planet. Their favorite foods are Korean curry and chicken n dumplings. Sadly, though, they draw the line on vegetables of almost any variety, so beans and greens are entirely out of the question. And it saddens me, but while my mom and Mike and I feasted on soul food and Seoul food, the boys feasted on Cheez-its and the bacon reserved for crumbling atop the collards. Oh, and some random bites of cornbread. If tonight’s any indicator, I won’t be winning any mother of the year awards in 2017.

But I am winning. Even when I fail.

Even when the boys have minor (and major) meltdowns in Aisle 3 of the new Kroger — and then again in Aisles 8 and 12. (Which happened today while we were shopping for our duk guk and greens, by the way.) Even then, I am still winning. Because I have been given the opportunity to mother four exquisite, perfectly imperfect children who show me the secrets of the universe every single time that they smile. They bring me a joy that cannot be described nor contained. 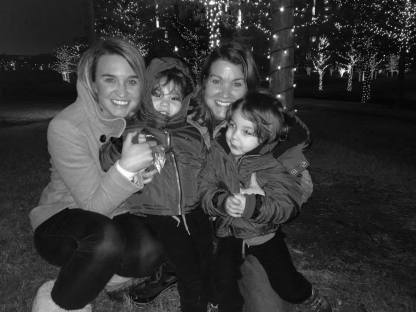 So, yes, I am winning. Even when I fail. Even when I have minor (and major) meltdowns because I feel like I am inadequate. Like Mike deserves someone better. Someone younger and more energetic and maybe even more Asian who can truly appreciate his passion for all things Ramen and Star Wars and technological. Even then, I am still winning. Because when he wraps me in a big, warm hug and looks me squarely in the eyes, I know I am right where I belong. He is my destiny and I am his. Star Wars fanatic or not. 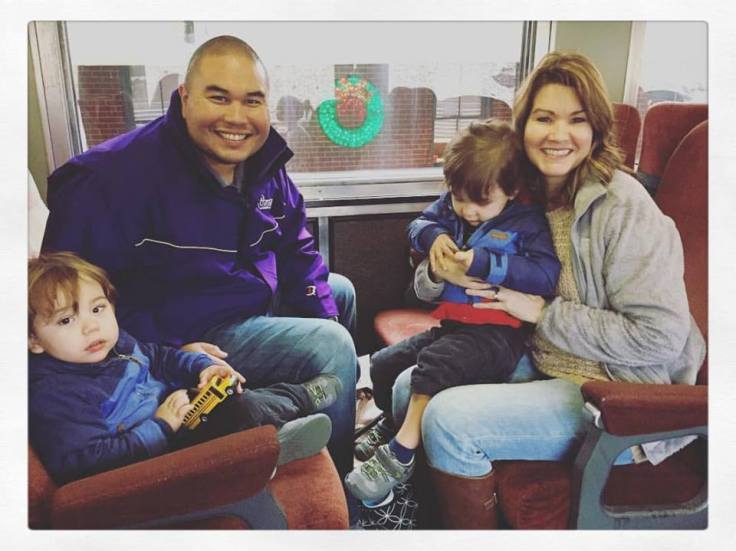 Yes, I am winning. Even when I fail. Even when I have minor (and major) meltdowns because I feel like I can never be all that I should be as a teacher for my students. Hell, if I can’t even remember to run my own dishwasher, how in the blankety-blank am I supposed to properly impart kernels of truth and wisdom to the young minds of Bartow County? But I am still winning. Because even though I teach them about life and literature, they teach me so much more. About life and about living it. The wisdom of American youth should never be underestimated.

Yes, I am winning.

By the way, my first favorite thing my husband does for me is his curry. His thick, brown, spicy, Korean curry.  Happy New Year, ya filthy animals.