Sleeplessness was born a twin

“Happiness was born a twin.” At least, according to the Romantic poet George Gordon, aka, Lord Byron. And knowing Byron, he probably dated a set. At the same time –the kinky devil. So I believe I have Byron to blame. He and his perversions saw the last of the happiness twins.

Now don’t get me wrong. My twins are happy boys. But very rarely in tandem, it seems. And for the last three months, only Parker has been a happy twin. And that’s only in spurts because he feeds off his brother’s angry elf shenanigans. But when he’s sweet, he’s quite content, my little cuddle lump. He chills sweetly in my lap with his monster trucks or he charges rowdily around the house with a smile on his face and a chuckle in his chatter. Tate, the one allergic to apparently everything on this planet, including sleep, has been a Grumpy Gus – a veritable Fussbudget on steroids. Like, literally. He gets an inhaler full of the stuff every day. And he is chock full of roid-rage. (Evidence A.) 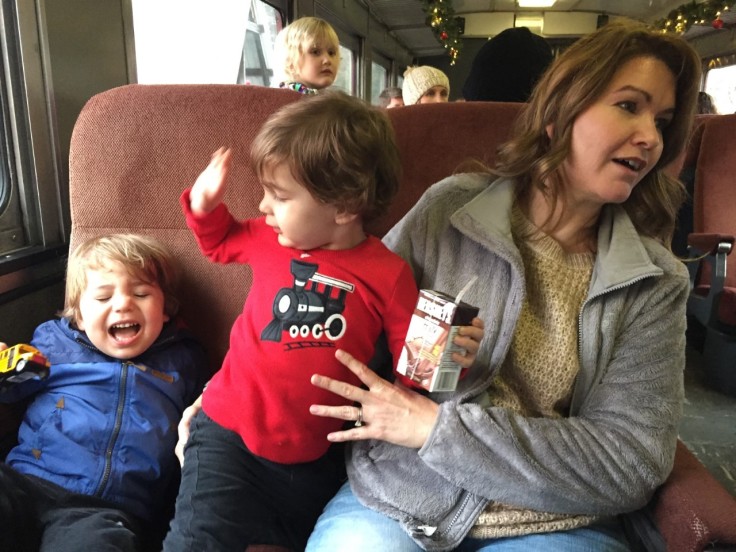 It all started in November, when a wind worthy of a Mary Poppins sighting whipped up – and I wish I may I wish I might have that supercalifragilistic nanny of expialidocious proportions float into our front yard with her trusty umbrella and a carpetbag of tricks to bring the sidelined sleep back into our game. We’re beginning to get desperate. Spoonfuls of sugar – and Benadryl — haven’t been working. Shots of whiskey aren’t doing it for me either. I said for ME, not Tate. I wouldn’t do that, tempting though it might be… Jail time would not sit well with my naturally frizzy hair, and I would rather not bargain for flat iron privileges.

It was a Friday night, November 4th. I remember it well: the night the Purple Hurricanes won a decisive region championship over Troup County and three of the four members of our immediate family kissed our love affair with sleep goodbye. Don’t get me wrong, we are all still very much pleading with Mr. Sandman to come home to us, but he hightailed it out of Dodge and hasn’t really been seen since. I can count on two fingers the nights he returned for a cruel reminder of the old days. We are beginning to show some neglect… 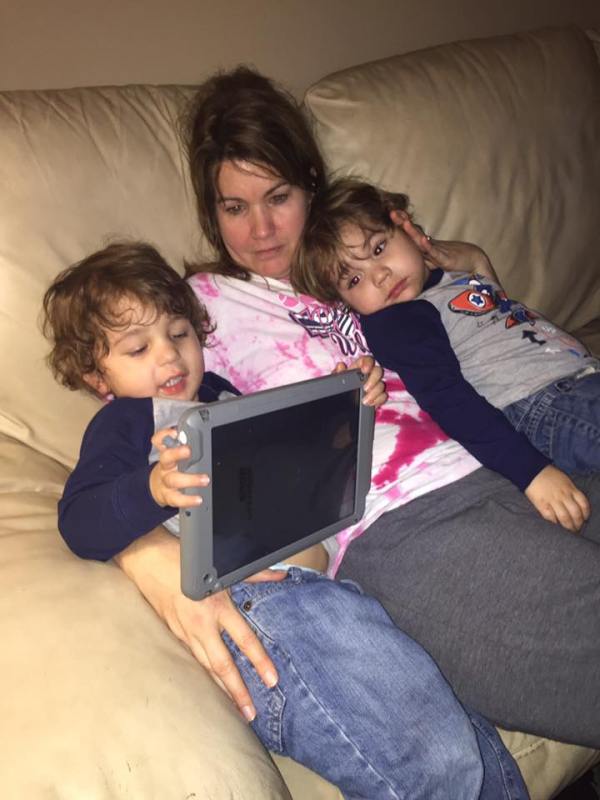 So on that windswept and win-swept night came the first signs of a decisively drippy nose and cumbersome cough for Tate. And a return of the sleepless nights we knew for the first sixteen months of the boys’ lives. Those were brutal, but I swear, since we had such a nice long stretch of good sleep, this new trial has been that much harder. I don’t know how much more I can take before my mind suffers irreparable damage. I caught myself staring into space the other day pondering the meaning of lice. (I am a schoolteacher, after all, and I hear they’ve been making a comeback.) So I was wondering…  do they live in what they believe is their own little volatile planet, working feverishly to put blood on the table while all the while fearing climate change and their newly-elected louse of a president? I’m telling ya, lack of sleep is taking its toll.

Now we knew right away Tate’s ailment was allergies. Georgia hadn’t had measurable rainfall in months and months, and the pollen and dust and dander and other nasal irritants spun themselves into a serious sinus cyclone. Tatebug had battled allergies before, but those had been child’s play compared to these. These were full grown allergies with a nasopharynx to grind. Benadryl and Kleenex couldn’t come close to containing them.

So we took ourselves on an allergy pilgrimage. We visited all the traditional and not so traditional places: docs, pharmacies, herb shops. Over-the-counter remedies and holistic hocus pocus accomplished nada. The first few prescriptions, likewise. We tethered our boy to a nebulizer and went through fifteen minutes of treatments three times a day. That’s an eternity to a toddler in a tailspin. We were not having fun. And nothing was doing the trick.

Eventually, though, thanks to an exceedingly diligent nurse practitioner, we got an asthma diagnosis and a creative blend of carefully orchestrated prescriptions. We were told it would take four to six weeks for the cocktail to take full effect. Sure enough, like clockwork on the fourth week, our youngest settled in for the night with his stuffed puppy named Spider and his collection of nursery rhymes, and got an entire twelve hours of beautiful, blissful shut eye for the first time in nearly eight weeks.

And that’s when I made my egregious error. The cardinal sin of twin moms (or any mom, really) the world over. I bragged on social media.

There has been no repeat. Of the bragging or the sleep.

The very next day, the plagues of the E-jinx invaded our household. We’ve had tours of duty from stomach flu and common colds and all the anger and resentment and frustration and hostility that comes when your forty winks take an extended vacation. If there’s a quarrel to be had, Mike and I can find it. It’s easy to fold, spindle and mutilate an innocent word or gesture into a Cold War nuclear stand-off or watch it escalate into WWIII when we’re wiped out and wigging out. Every night for weeks on end, one or the other of us has wound up in the guest room, not because either of us is in the dog house (though it’s a wonder in these lethargy-laden days and nights), but because we’re carting Tate in there at 2:30 AM after he’s woken up for the fourth time unable to breathe and we’re all desperately seeking sleep.

I am not proud of who I have become recently. They say sleep deprivation is one of the cruelest forms of torture ever invented and can cause irreparable mental and physical harm. It can completely change a person’s personality. I’m here to say I am not myself. My mind is mired in the muggy mildew of spilled sleep and the sludge and stench of a weary, wizened wit.

I am sick and I am tired, and I am moving at the speed of a barge in brackish water. I have toddlers permanently growing off my hips like barnacles. The one who doesn’t sleep lives in a perpetual state of whine and wallow, and his brother has started feeding off that whine like an angry, little drunkard ready to brawl. But, in the midst of the chaos and carnage, I utter my serenity prayer. And then proclaim…

Happiness was born a twin, my ass.

4 thoughts on “Sleeplessness was born a twin”