When your Opponent Blusters and Blows, but you Have Promise on your Sideline 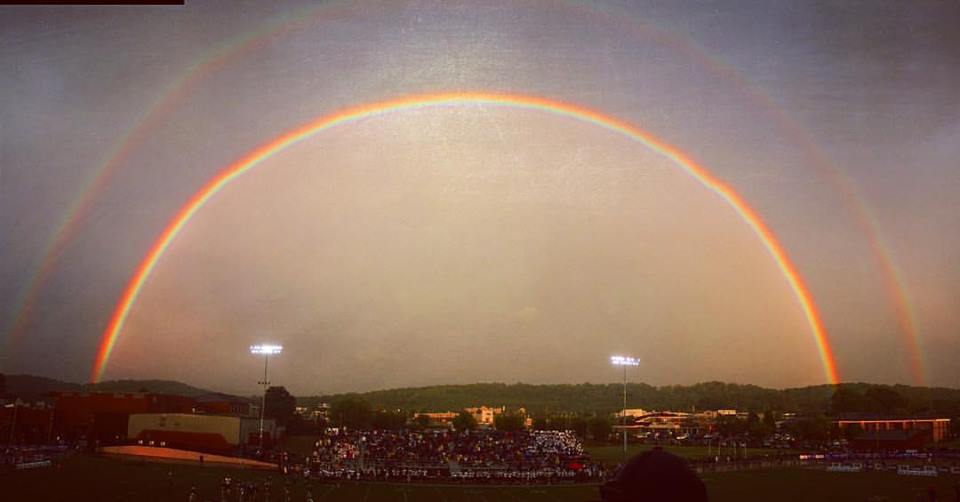 Sitting out on my back porch, typing my blog for the week, a hummingbird came to visit. He hovered just over my right shoulder, his wings humming frustration in my ears. You see, his feeder was empty – still is, actually. And he was voicing his frustration through whispers of angry, agitated air.

He was frustrated, but I was fascinated. His wings, soft and rumbly as a cat’s purr, a bumblebee’s snore, a raspberry buzzed on a baby’s round belly. A rainbow’s shimmer in his puffed, iridescent chest.

I could see him in the reflection of my laptop. His needle-thin beak turned slightly to the left, giving me the cold shoulder — but making absolutely certain I could see how pissed he was.

He hung there in my screen for maybe twenty seconds, stirring the air with his displeasure, amusing me with his antics, before buzzing away.

Our football team faced an equally pissed and impotent nuisance this week in a decades’ long, close-town rivalry game.

Like a hummingbird harangue, the opposing team raged against the machine that is our offense, making absolutely certain we could see how pissed they were. They hung on our screens all week long – stirring the air on Twitter with their hissy fits and buzzing barbs. They slung zingers and threatened with their stingers in a futile attempt to rattle our players and defame our team character.

You see, after our lopsided victory last year, they were frustrated and fired up. We were just fired up.

Our boys used their frustrations as fodder. They may have come hungry, but we’re the ones who feasted.

There are several similarities between my little hummingbird’s attempt at scoring the sweet nectar of victory and our winged opponent’s.  Both vented their frustrations into the airwaves. Both were ultimately as nonthreatening as a bumblebee’s snore.

And both went home disappointed.

Oh, and one final similarity — that rainbow’s shimmer in my hummingbird’s puffed up, iridescent chest? Yeah, it was merely the shadowy reflection of the glorious harbinger of back-to-back victories that flared over our home stadium in the first quarter last night.

Rainbows symbolize promise. And this one was a double — two of them, people — stacked one atop the other. As in back to back.

They never even had a chance.