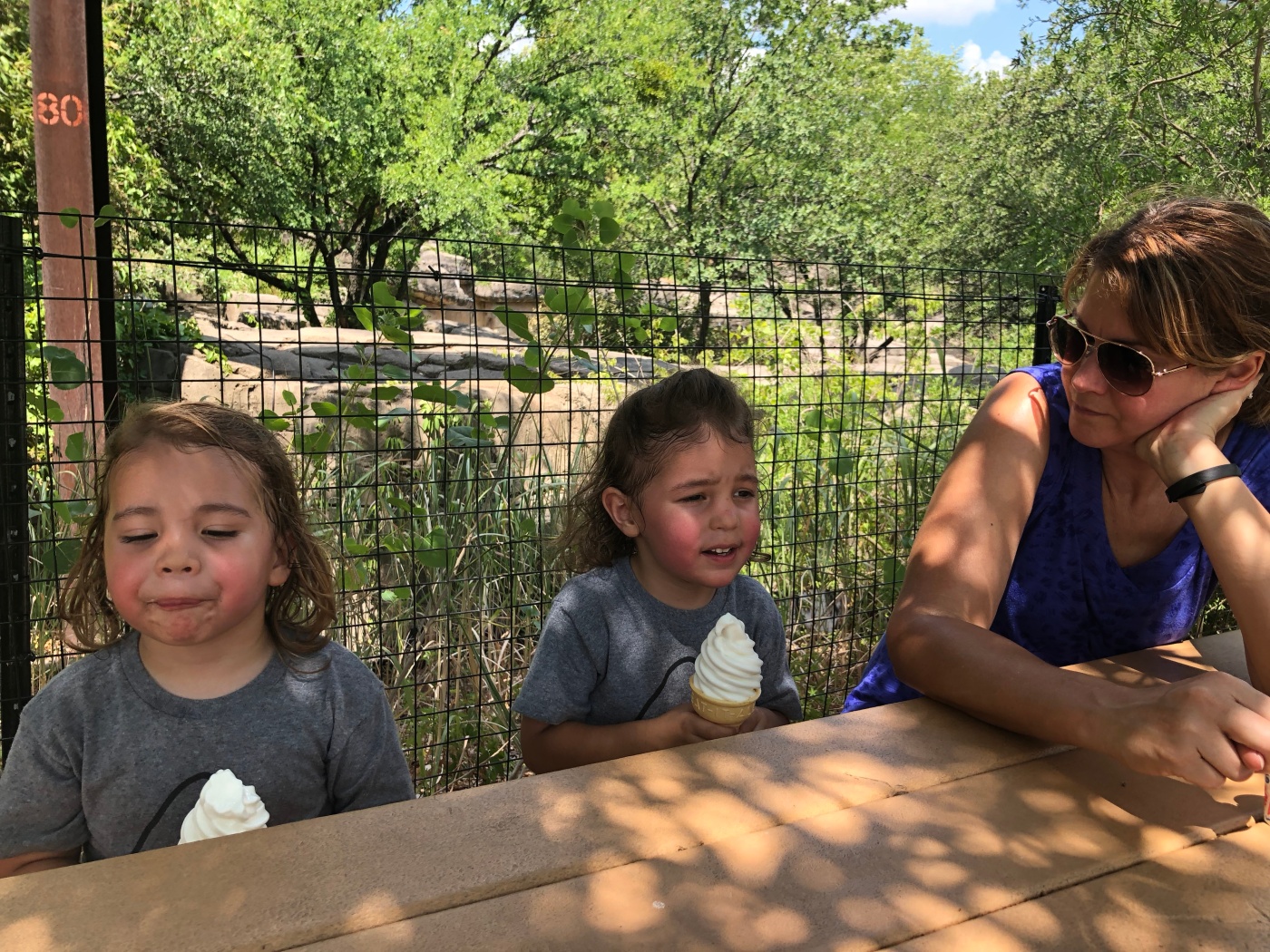 Summertime is hard on this Teacher-Mom. All those social media pics of exuberant educators wearing their “Tag, Parents! You’re It!” t-shirts… yeah, they can BITE ME.

Because I’m a teacher AND a mother of five-year-old twins. So I’m ALWAYS it. Always. I leave the frying pan in May and submerge myself in the fire during June and July.

And I’m more than a little burned out.

So while other educators are out there sipping their umbrella drinks with their toes in the water, having assemblies in the sand, I have a list of my own little luxuries I can turn to at home. With kids. Angry, destructive, torrential tornado kids.

#1: wearing a soft, fuzzy robe and sipping coffee out of a hand-turned pottery mug. Sure, the robe’s coffee-stained and the coffee’s cold and the people at the Dollar General give me funny looks when I run in for Uncrustables and wine, but still… it’s the little things.

Or #2: watching hummingbirds at my back deck as they flit around their feeder — and then promptly buzz the “F” off because the nectar is moldy and neglected. Because I ain’t got time to take care of birds AND twin boys. Who (did I mention) fight all the everlovinglivelongmotherflusteredday?

Which means I don’t get to read those awesome British mysteries I ordered from Amazon — my #3 — because ain’t nobody got time for that shit. Even if it is some high-quality, imported, upper-crust, manor house, tea cozy shit. So scratch that.

But I do make time for #4: deadheading my marigolds. Because who can resist that satisfying little POP they make? Like snapping the Achilles’ tendon on that simpering, know-it-all parent who sent you email after condescending email all school year long. It’s that sort of satisfying. So I definitely make time for that. It’s therapy.

And I always make time for #5: Parker’s passionate kisses, complete with exaggerated MUAH! at the end. He loves to latch onto my neck and swing his 52-pound body like a 52-pound wrecking ball, shattering my lumbar region in the process, but never failing to restore my joy.

And you know what DOESN’T spark joy in me right now? Cleaning my house. My twin tornadoes completely upend it in seconds anyway — the seconds they aren’t fighting. So instead, I present #6: Nap Time.

That whole newborn baby advice to “nap when they nap,” I’ve done it religiously every weekend and summer since they were born. It’s a trend that never goes out of fashion. It gives me peace of mind, which is far better than the piece of my mind I would give everybody else if I didn’t. And let’s face it, there’s just not a lot of those endangered pieces left to go around.

Sleep always brings me joy. Particularly when the boys sleep — which they didn’t really do for the first sixteen months of their lives.

Which leads me to #7: Tate’s bedtime, when we dance as he sings along to the Jewel lullabies he’s heard since he was six days old and straight out of the NICU. Hearing him warble his bubbly, half-yodel Jewel-tones while gazing lovingly into my eyes … I can ALWAYS make time for that.

And then, finally #8: my own bedtime, complete with a glass of red wine (or two), a bucket of theatre popcorn purchased that afternoon by my ever-accommodating husband (Did you know you can buy popcorn without buying a ticket???), and Dateline. Because after the sun (and sons) go down, I embody my newest favorite meme:

“Lady in the street, netflix, snacks and murder documentaries in the sheets.”

It ain’t a lie. And it keeps me alive. And semi-sane.

All of these little luxuries keep me alive and semi-sane.