What if it were your child in danger? 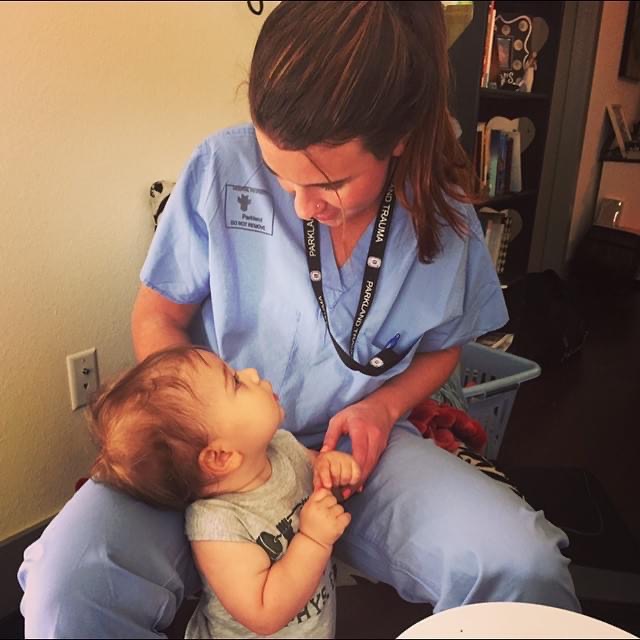 I keep reading posts from people demanding states and communities open up the gates and get back to business as normal. And I get so frustrated. Because things are nowhere near normal — and nowhere near ready to be.

This virus is deadly. Not because it’s necessarily more powerful than other viruses, but because we have no immunity to it. It’s brand new. And until we have the tools needed to fight this — antibodies and vaccinations and effective treatments — we need to stay put.

But then folks like Dr. Oz and Dr. Drew and Dr. Phil — all those first-name(ish) television demigods of medicine — recommend otherwise and folks are ready to live and die by their word. Literally.

And sometimes I just want to yell IN ALL CAPS through the screen “JUST GO OUT THEN… ALL OF YOU!” Go expose yourselves and let the wrath descend upon you like the plague that it is and then deal with it as you will.

But then, I know you won’t be the only ones to deal with it.

They’ve taken an oath to treat the sick to the best of their ability. But their ability is being compromised due to endless shift hours, crowded emergency rooms and sick wards, lack of PPE, lack of ventilators, and honestly, lack of common sense from so many members of the public riding the waves made by conspiracy theorists.

Every time someone defies the appeal to shelter in place, people are put at risk — your family members, essential workers, and ultimately medical personnel like my daughter are all put at risk.

And that is not okay with me. Yes, she took an oath to treat her patients, but she did not take an oath to put her own life on the line. She is not a soldier. But she’s doing it — and she will continue to do it. Because she has a soldier’s heart. And she has a caring heart.

But quit endangering her life by being stupid.

And it’s not just nurses and doctors. There are hundreds of people behind the scenes at hospitals who are growing sick and dying, too. People who never took a Hypocratic oath. People admitting patients, people cleaning patient rooms; people cooking patient meals. The unrecognized people of this pandemic — they’re catching it too.

The Dr. Drews and Ozes of this world should be ashamed for revving the engines of the masses (literally) who are ready to reopen schools, reopen businesses, reopen beaches… and ready to spread this virus to monumental proportions.

And if you are one of those members of the masses, just stop and consider: what if it were your sibling, your mother, your father, your best friend inside the COVID19 ward — caring for… or being cared for?

And if that doesn’t make you stop and think… what if it were your child?

Think about it. And just stop. Stop the madness.

Shelter in place and listen to the voices of reason. The voices of science. The QUALIFIED ones in the research labs and on the front lines. The ones who know.

And stay the F at home.

One thought on “What if it were your child in danger?”