I was sitting drowsily on the couch this Memorial Day weekend watching our boys play. The four of us had just awakened from a blissfully long nap. Each boy was playing quietly – a rarity in our house – in his own separate corner. One with his alphabet puzzle; one with his police cars. Occasionally I caught the blur of cardinals and wrens from the corner of my eye as they swept in for seeds from the feeder off the deck. School was officially over, Mike’s and my summer was two days old, and we were slipping into it like a pair of favorite flip flops: light, easy, unencumbered. All was sweet with the world.

Then I saw the news. The first of four horrific stories I would hear over the weekend. All involving toddlers our boys’ age. I saw the first on a small, local news source: a three-year-old drowned in a pool at a local neighborhood. My heart wobbled. My eyes welled. My thoughts went out to that poor family. That precious little girl and the fear she’d faced all by herself, her loved ones not knowing until it was too late. My heart cracked along with my voice as I asked the universe, WHY?

The next news came two days later. This one, even more horrific (how can that be possible, you ask?) because a felony murder charge and four counts of cruelty to children followed in its wake. Yet another three-year-old, this time a boy, had drowned in a pool. And this time, the sweet baby not only fought his way through to the other side alone and frightened, but had pretty much been fighting his way through to the other side, alone and afraid, his entire life. The only ones ever there to comfort him most days were his three other siblings: a four-year old and a set of one-year-old twins. On Monday, they’d been left alone in their home for over fourteen hours, needing food, diaper changes, and comforting. But most of all, needing love. A parent who cared. My heart cracked wide open. This time I begged the universe for an answer to WHY?

Later that night, my eldest daughter texted Mike and me with a simple request: “Don’t let the boys around lawnmowers.” We were putting the boys to bed and I didn’t have time to respond. But I knew it wasn’t going to be good. She was on 24-hour call.  As a surgeon on trauma, most of what she sees isn’t good. Especially on holidays. I was afraid to learn the story behind her plea. I snuggled Tate a bit harder, as we finished his lullaby. Then I slipped him in amongst his blankets and kissed him goodnight. Mike had Parker in the other room, and I knew he was doing the same.

It wasn’t until later that I learned the full story. (Trauma call doesn’t give surgeons a lot of time to make phone calls.) But when I heard, my hand flew to my mouth. I fought back the urge to scream. Yet another three-year old. This one made it, thankfully. But he lost a leg. To a massive, zero-turn lawn mower. It chewed and hacked at him until there was nothing anyone could do to save it. But they could save him. And they did. This time, the boy’s father had been there. He’d borne witness to the carnage.

And then the final news. Again, from Monday. Again, on Memorial Day. Because the cold, callous universe took full advantage of the beginnings of summer and all the seemingly joyous things that should come with it – family reunions, pool parties, greening lawns – to delve roughshod into innocence and destroy it. Again, on Monday, a father, arriving home after a quick trip into town for BBQ supplies… he backed into his driveway and unknowingly pinned his toddler son between his truck and the house.

This is a story that keeps repeating itself. I’ve heard it so many time. Two times in the last year, it has reached the national news. Children of former NFL stars, both three-years old, were accidentally run over in the past year. One by a parent. One by a family friend. And now this toddler (who thankfully lived). All three cases have been accidents.

As all these over Memorial Day weekend have been accidents, even the one with the murder charge. No one intentionally set out for any of this to happen. And I can’t imagine the guilt that they all feel (yes, again, even that mother). They know they were negligent — one criminally so –but they were all negligent and they know it.

And please believe me, I’m not casting stones here. Not at all. Because we’ve all been there (though most of us haven’t been in the place that the second mother was. I don’t EVEN understand how anyone can ever be in that place). But as for the others, we’ve all been there. I for sure have – a fact that rips through my heart and wedges deep in my conscience.

I’ve been the parent who hasn’t gotten off her cramped, sweaty knees and stripped off my gardening gloves to go see where my three-year-old twins have wandered off to. Just three more minutes. Three. That’s all I need to plant two more marigolds. What can go wrong in three minutes?

I’ve been the parent who hasn’t put proper latches on the basement door because the boys know – they’ve been told time-and-time again – not to open that door unless Mommy and Daddy are right there. They know those stairs – those sixteen, crazy-steep stairs — are dangerous. But they’re good boys. They listen to their parents.

I’ve been the parent who gets preoccupied with my phone while the boys are playing in the yard and their daddy is due home. Even when I know – and they know – he’ll be backing down the driveway any minute. They’ve been taught to stay out of the way of moving cars. Never mind their fascination with all motorized vehicles. They know better.

But here’s the thing with toddlers (and, honestly, kids all the way up to age 25, when the rational part of their brain finally matures — but especially toddlers) — we can say they know better, but they really don’t know better. Because they don’t know. They really don’t.

To “know” means to have the facts and information and skill sets to understand a situation; to have an awareness gained by experience. And our babies don’t have that awareness, those skill sets, that experience. What could happen means absolutely nothing to toddlers.

They only know they want to swim in that pool – that same pool they played in with their mommy last night. They only know their daddy is out there on that great big lawnmower. They love that lawnmower. They sat on it once while it was parked under the deck and it was a memory they cherish. Just like they cherish daddy. Oh, how they love him. So of course, they want to run out to greet him as he comes home.

And from a toddler’s mindset, how could any of these things be dangerous? They’ve played with them all. They’re not like the outlet that jolted them when they put a fork in it, or the hot stove that blistered their thumb last week, or the bumblebee that stung their pudgy foot last Wednesday in the clover. There’s nothing to fear with these fun things. They really don’t know any better.

And yes, accidents happen. All the time. I hear the stories constantly. And when I think of all the horrors that can sweep in and destroy families in a single breath, it stops me cold. I shudder in horror. And of course I ask WHY? Because there but for the grace of God is not just a saying. It’s the truth. All these young victims have been my boys’ ages. Almost all had parents just like me: loving, caring, trying to do their best. But our best can be better.

So, as we slip on into the summer season – and then later fall and winter, and then back into spring and summer again on this endlessly spinning planet — let’s be attentive to our babies. Let’s live in the moment. With them. Because that is where they reside. In the moment. And those moments fly by. And soon enough they’ll be grown. Or else they won’t.

So don’t waste or regret a single moment. 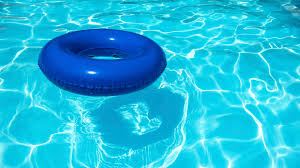